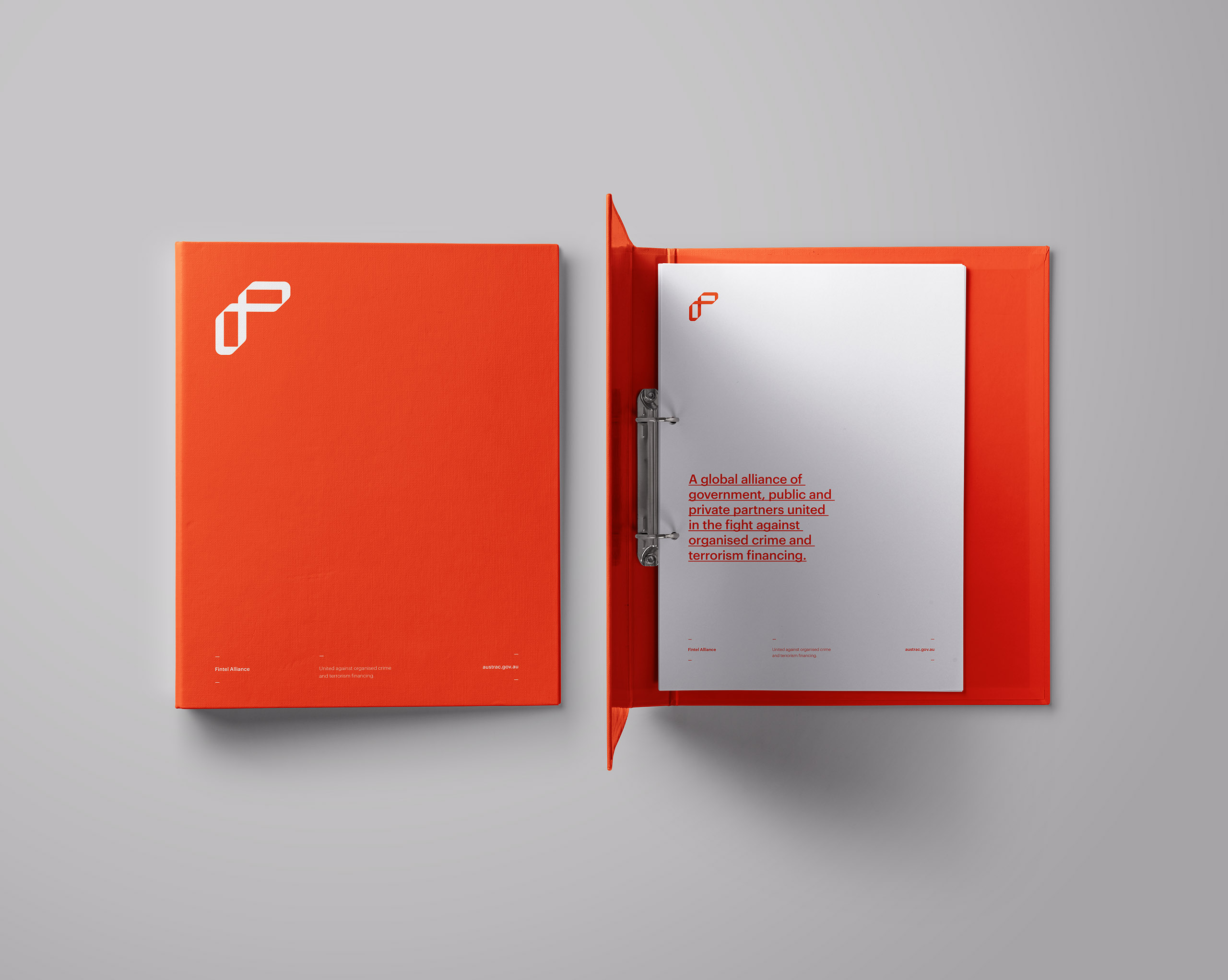 The Fintel Alliance is a ground-breaking private and public initiative in the fight against global financial crime and terrorism. Incorporating innovative, cutting edge analytics, it aims to foster a new age of collaboration between government and the private sector that could well become the future model for an international approach to fighting organised crime and terrorism financing. The Alliance already comprises 19 partners including Australia’s financial intelligence agency AUSTRAC, the Australian Federal Police, the Australian Tax Office, the four big banks, Western Union and PayPal.

Appointed at the beginning of the branding process, we developed the name and visual identity for the initiative. The Brandmark is a stylised representation of the letter ‘F’ from Fintel, looping infinitely as a reference to collaboration. It is a statement of unity, of never-ending partnership, and a declaration of solidarity in the fight against financial crime and terrorism. This ‘loop’ also strengthens the notion of the flow of information which is so intrinsic to the success of the initiative, helping to generate confidence among partners. Coupled with a bold, noticeable colour, it is an iconic mark that can be used in a variety of design applications either by itself, or locked up with the Wordmark ‘Fintel Alliance’ as required. The simplicity of the mark allows application at varying sizes, as well as solid monochromatic treatments without sacrificing meaning or legibility. 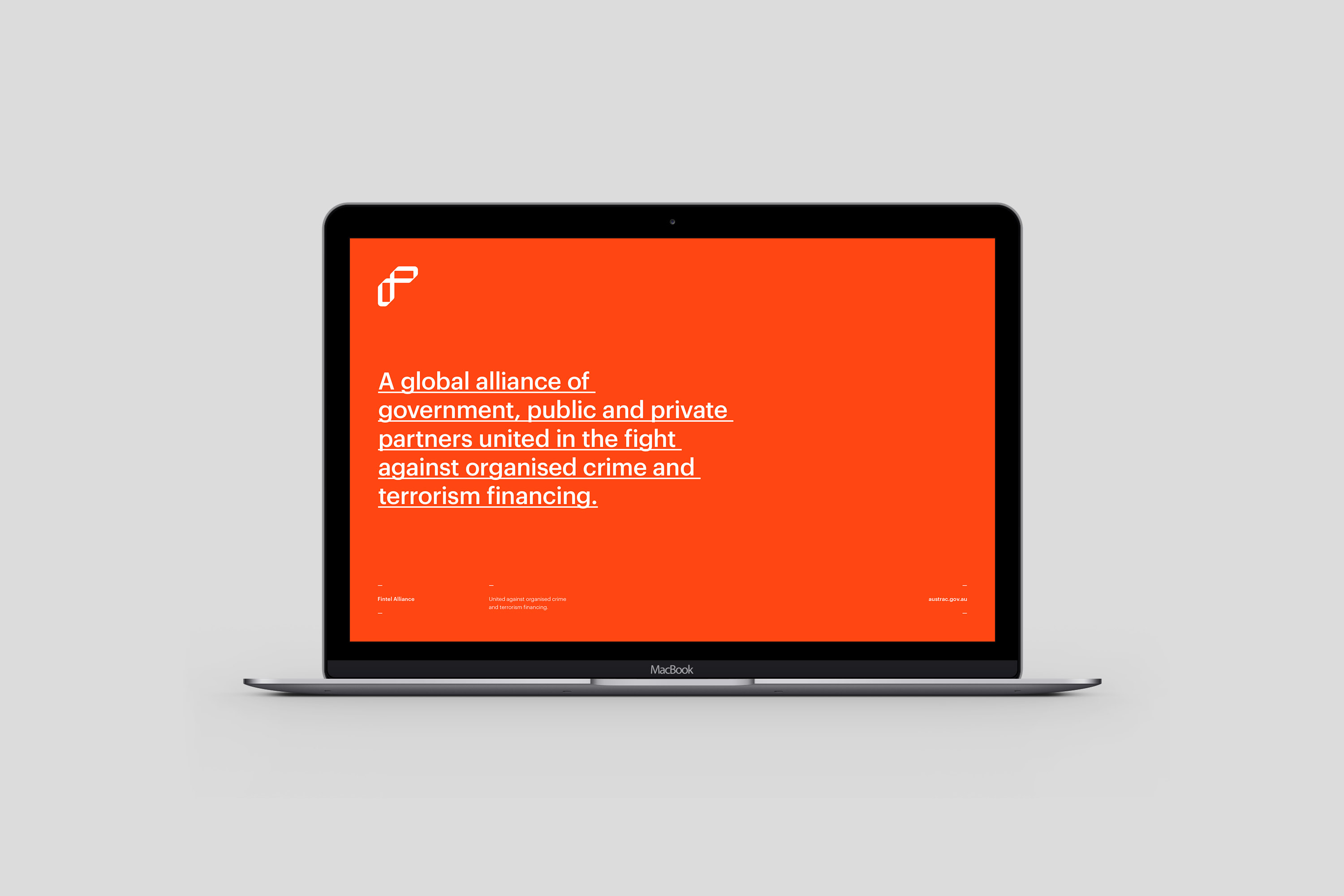 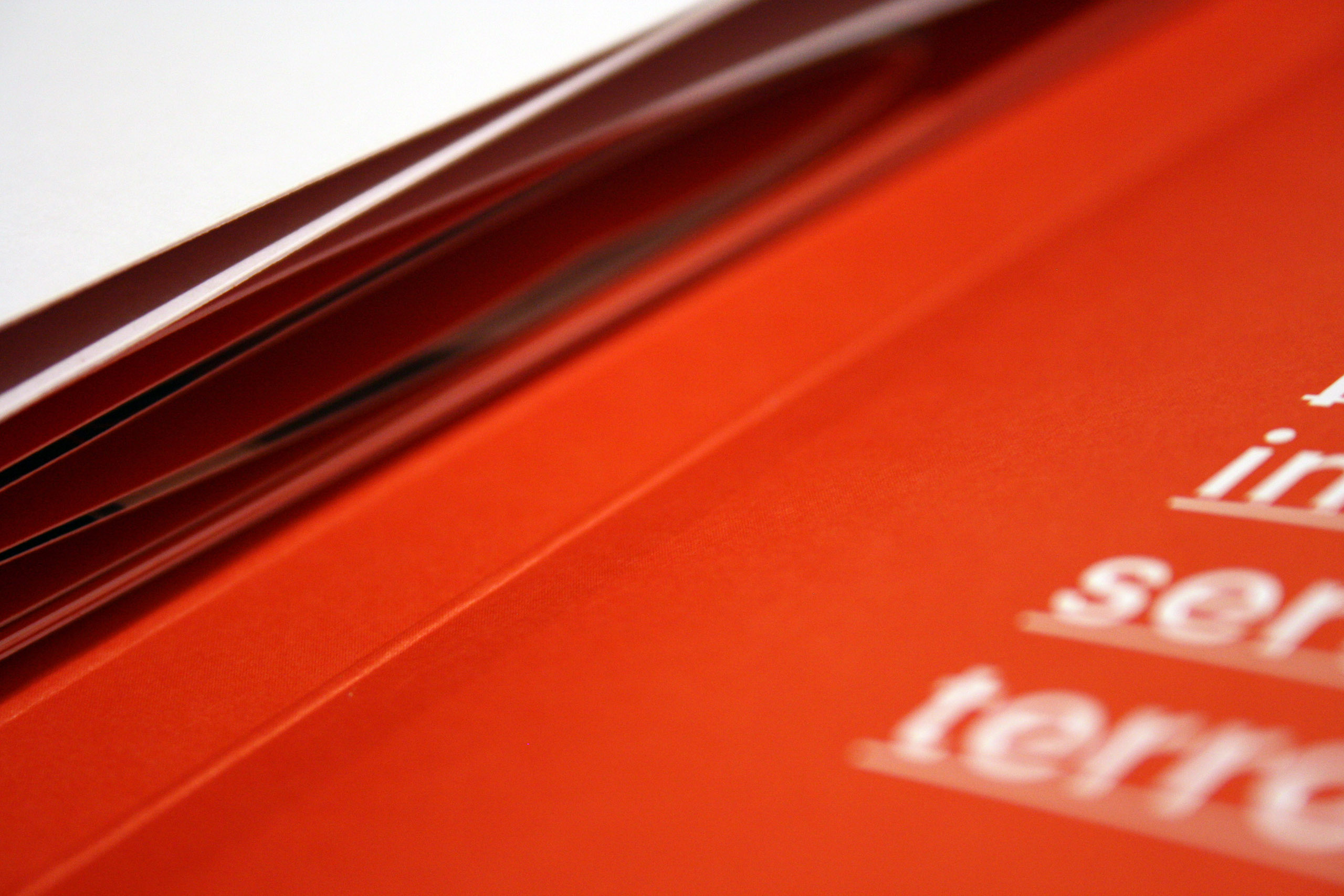 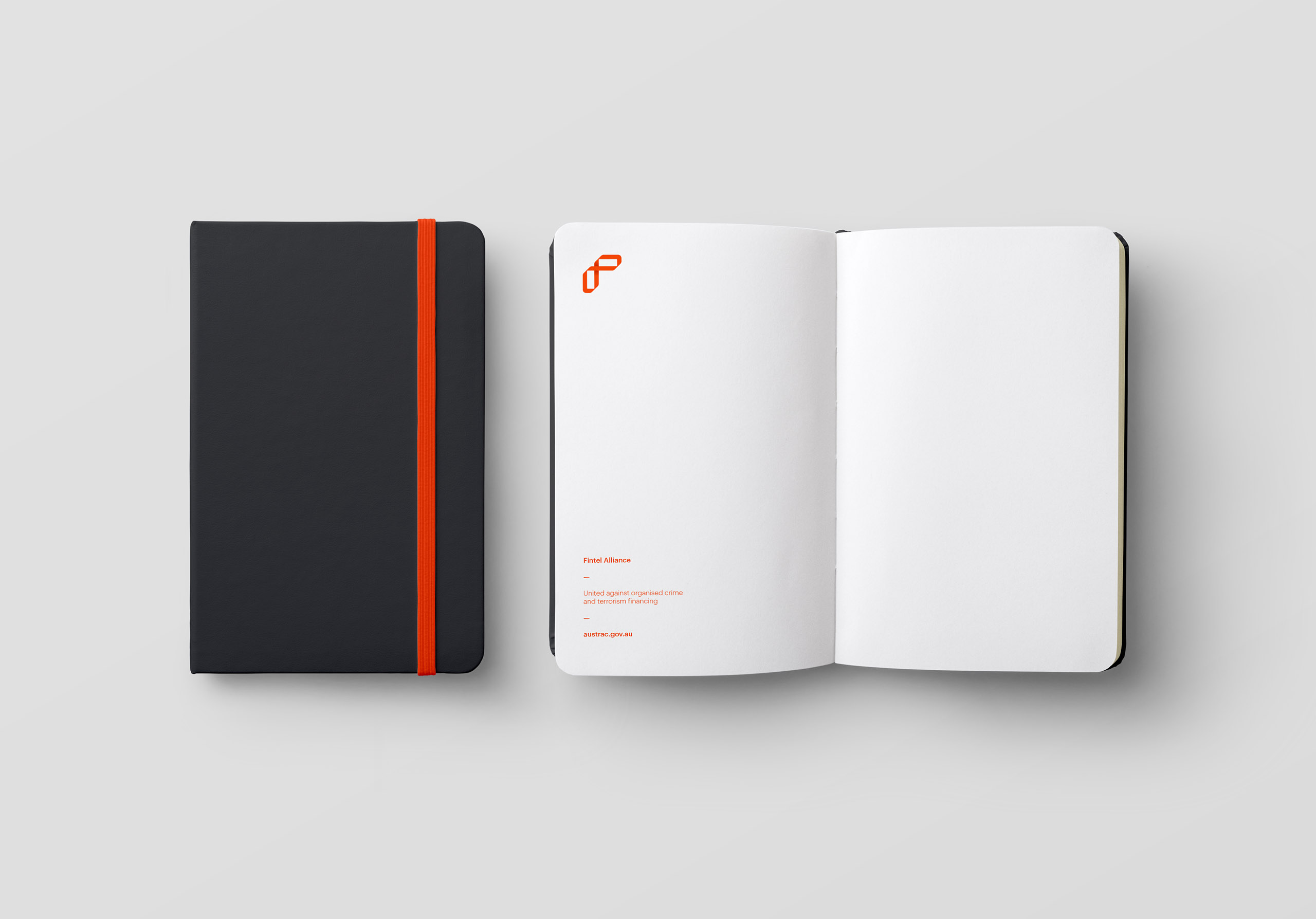 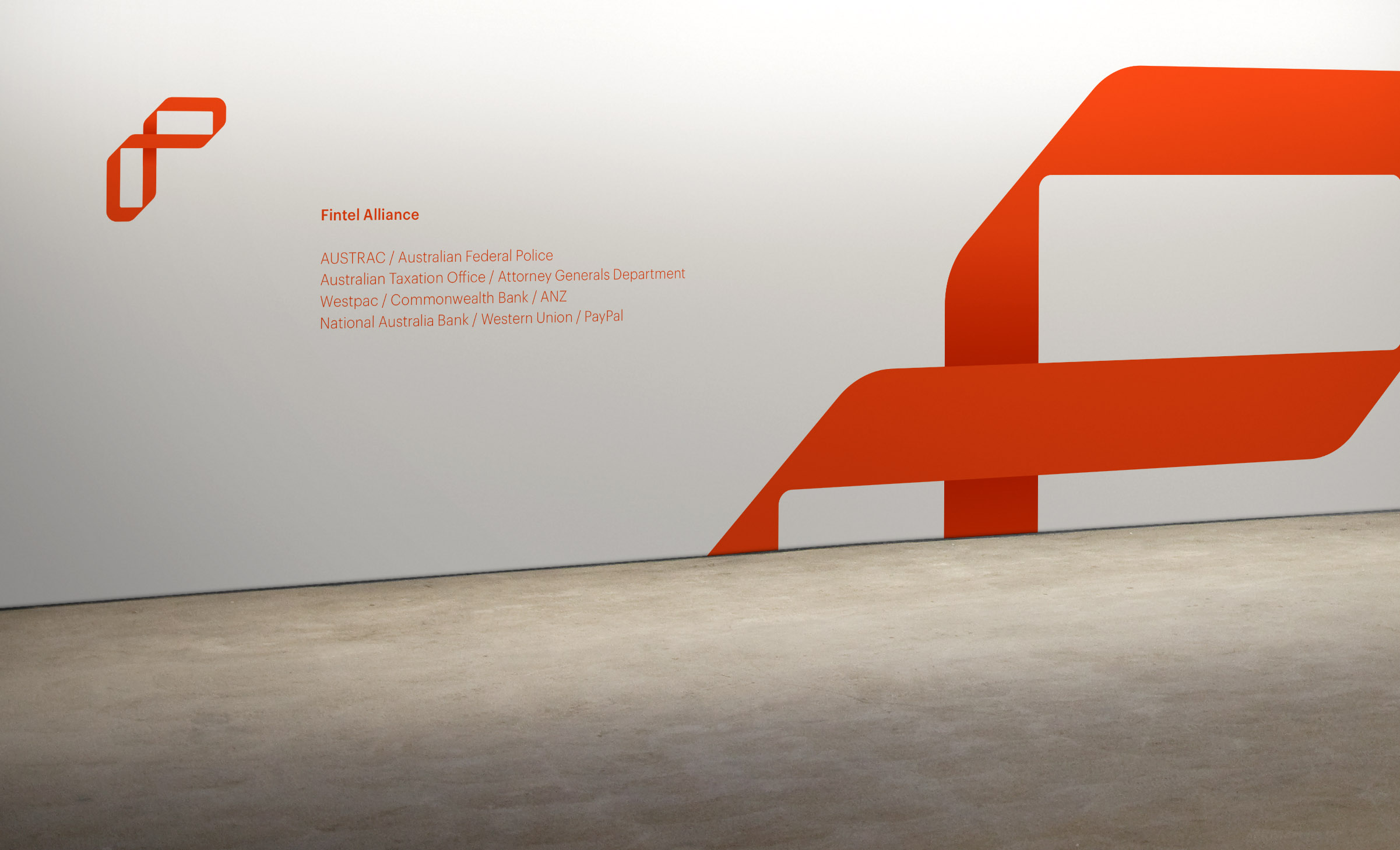 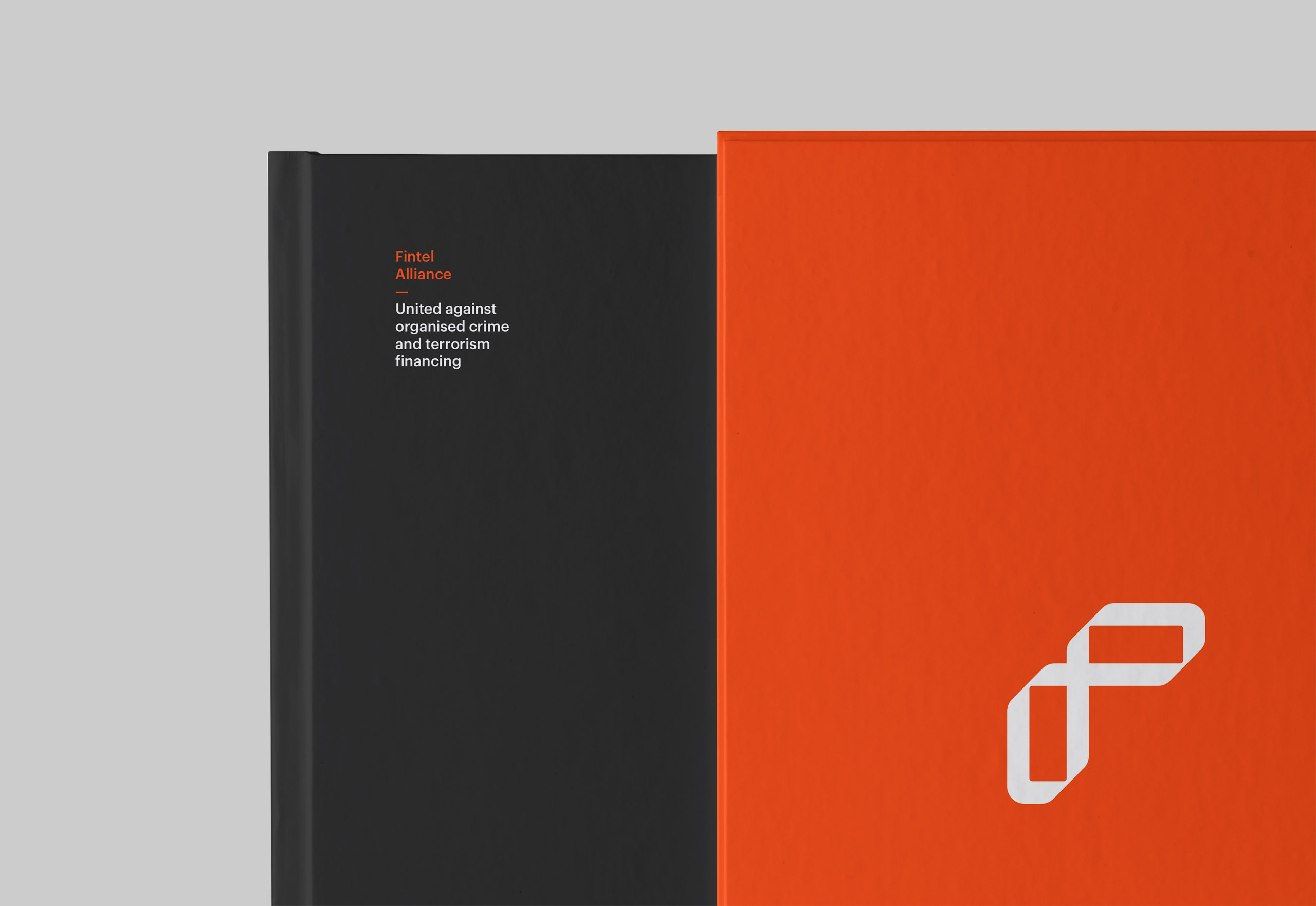 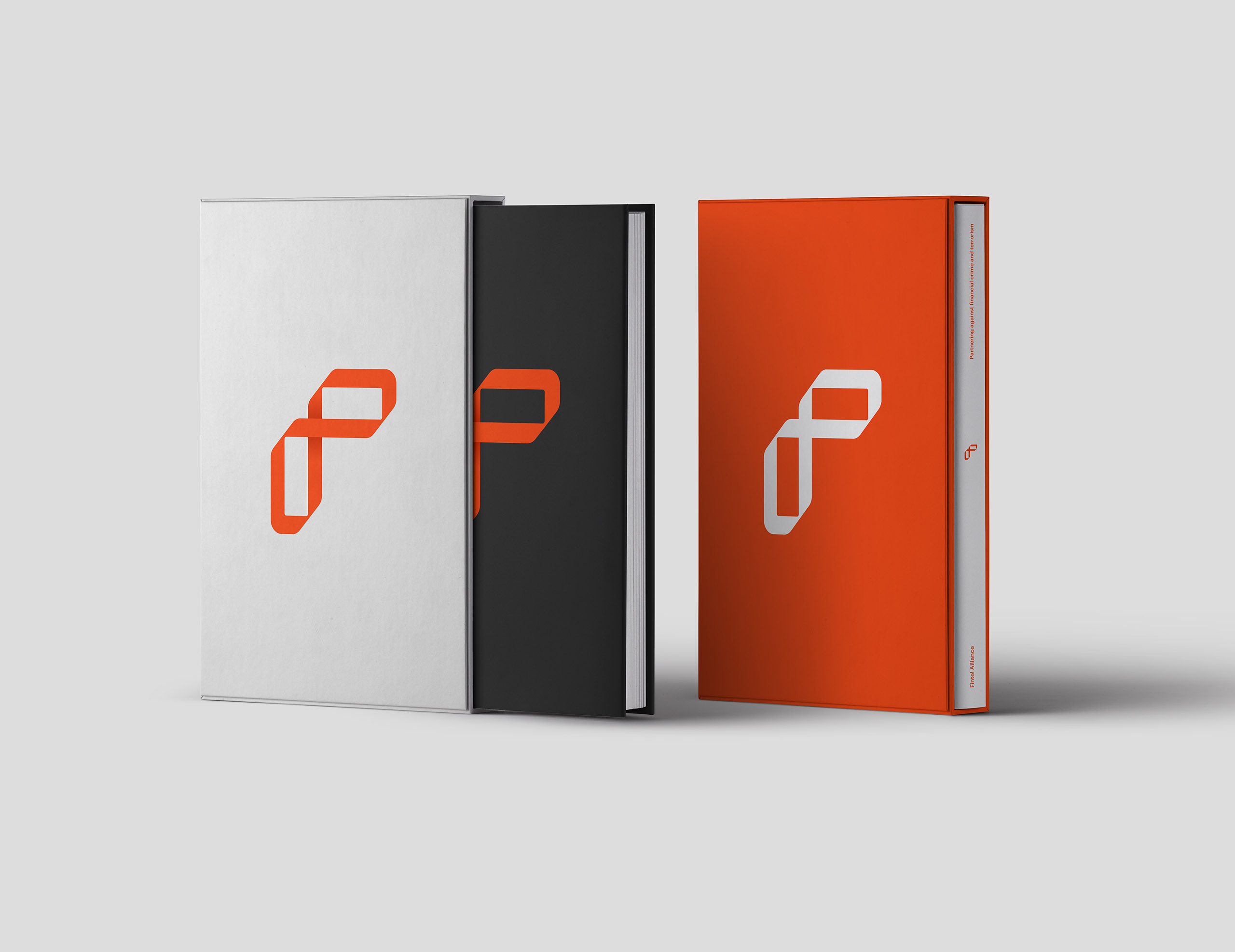 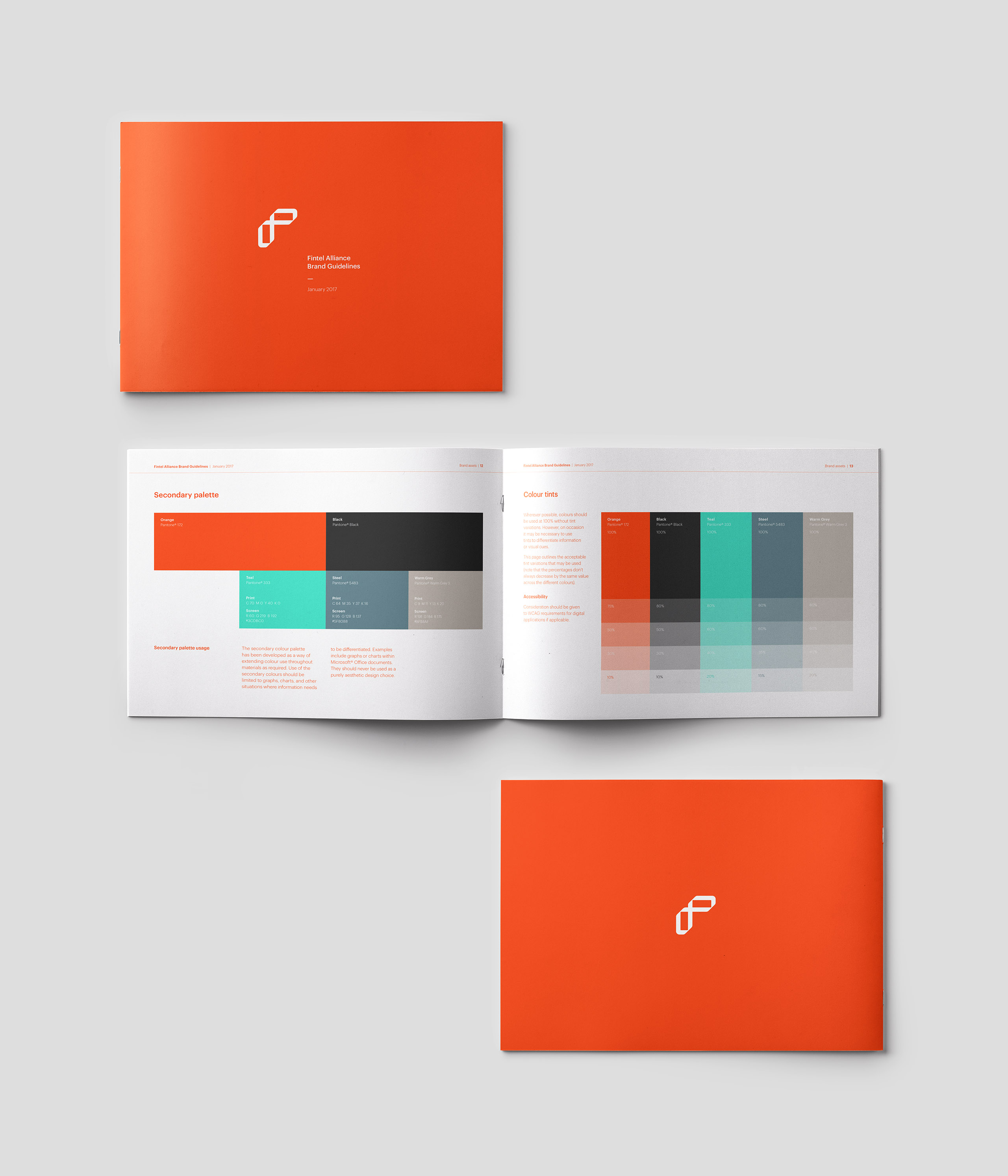 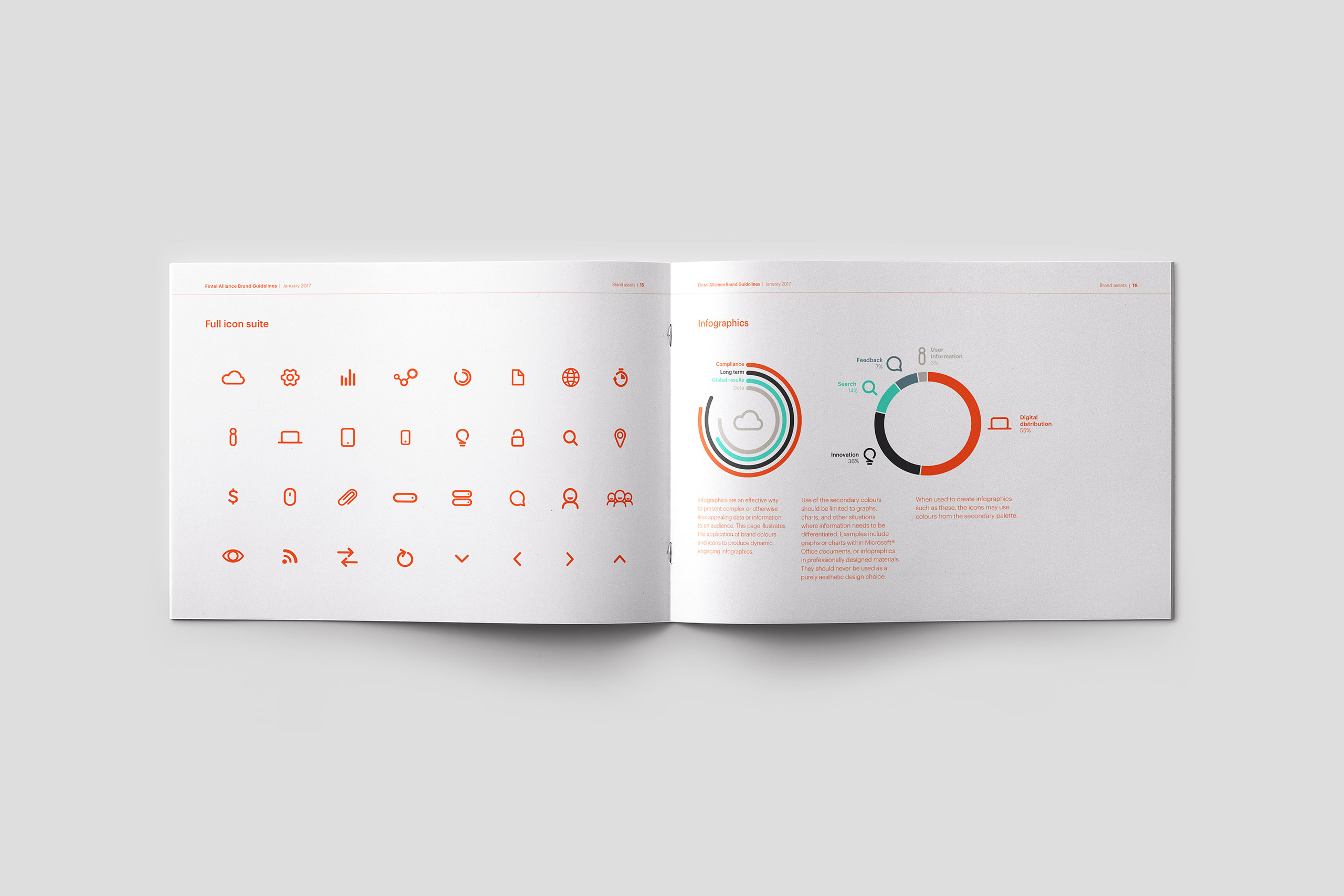